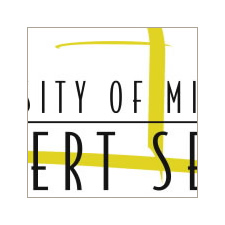 The University Concert Series is an organization which brings national and international talent to the Columbia campus to perform, be it comedy, plays and musicals, ballet, musical acts, etc. In 1997, the Concert Series celebrated its 90th anniversary, and a special logo was created to celebrate. The Concert Series management felt the 90th anniversary logo was so successful, they asked for an adaptation of the 90th anniversary design for ongoing use. The domed building represented is Jesse Hall, where the events are performed in the auditorium in the east wing of the building. (When viewed from the Quadrangle—the most commonly seen view of Jesse Hall—the east wing is on the left, hence the left side of the building is emphasized in the illustration.) 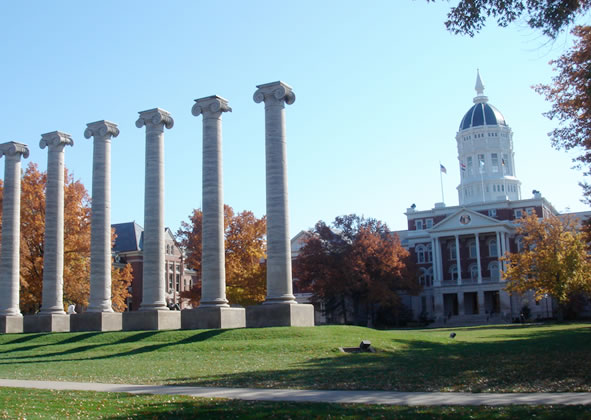 This logo remained in use for nearly 20 years, an icon of one of MU’s most distinguished cultural organizations.