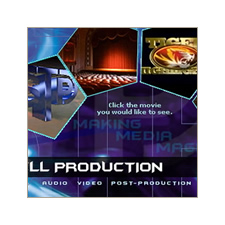 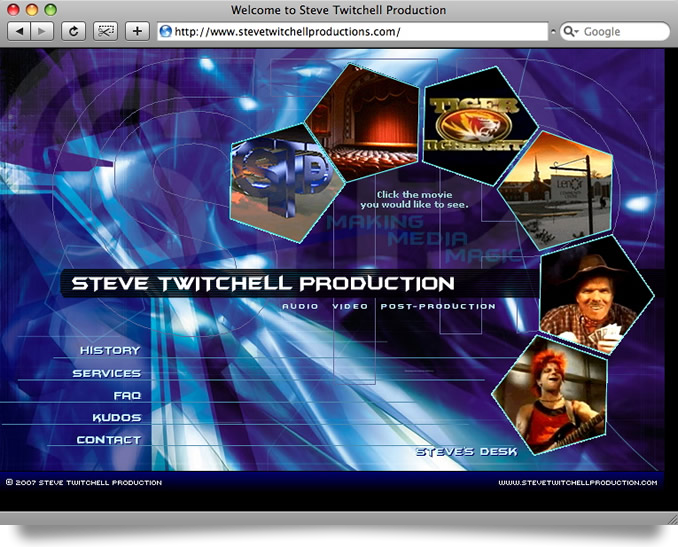 Steve Twitchell Production is a video and audio production house, one of mid-Missouri’s most successful and respected. In 2002, I already knew Steve Twitchell—we’d worked together on numerous projects while I was at Vangel Associates—and we had a good working relationship. He came to me when he decided it was time for him to have a Web site.

At the time, Flash intro movies were popular and Steve wanted his site to have a dramatic, almost cinematic intro that would feature testimonials from some of his more well-known clients. He gave me a piece of music to work with, and told me he wanted me to come up with something impressive. Until this assignment, I had never worked with Flash before. 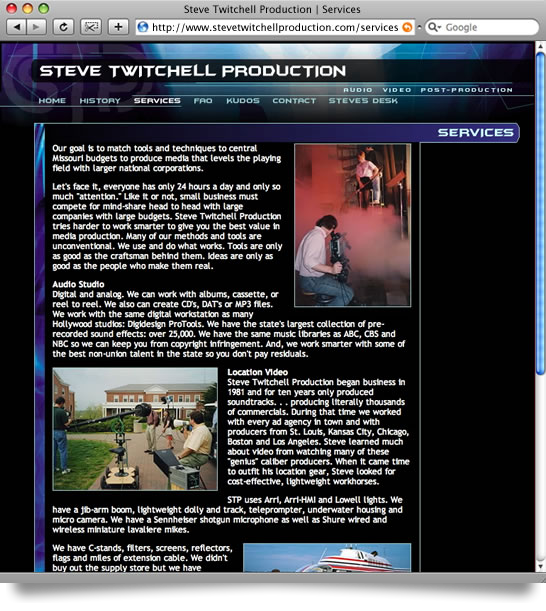 The STP site took several months to produce, including the Flash intro movie (and the Dynamic HTML-animated home page). However the results were so well-received that Steve has yet to redesign his site, even after nearly thirteen years of service. (Steve occasionally calls me to update the site’s sample movies and some of the text content. I’ve offered numerous times to overhaul the site myself, but the last time we spoke of it, he said he still didn’t see a need.)

The Steve Twitchell Production Web site won Best of Show at the 2003 ADDY Awards in central Missouri in the Interactive category, making me the first two-time consecutive winner of the award.