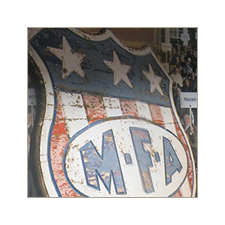 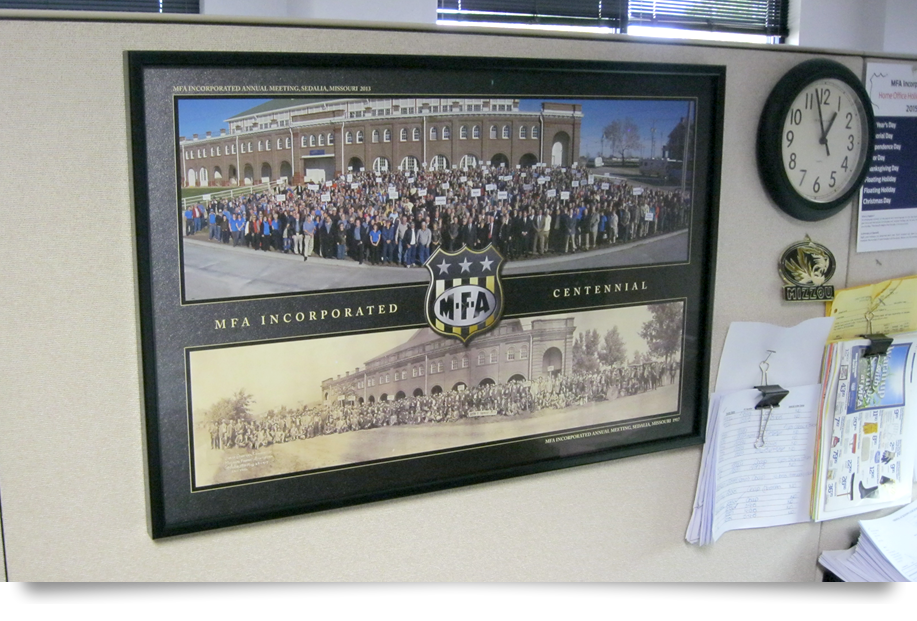 MFA Incorporated began holding annual meetings in Sedalia, Missouri starting in 1917. At the 1917 event, a panoramic group photo was taken of the attendees at the State Fair Coliseum, built in 1906. The Coliseum still stands today, and as part of the Centennial festivities at the 2013 MFA Annual Meeting, another panoramic group photo was taken at the same location, from (roughly) the same angle. This photo was used in a variety of ways, significantly as a poster (shown above, framed and displayed in an MFA employee’s office) combined with the original 1917 photo.

In addition to designing the poster shown here, I also was responsible for creating the “final” version of the group photo. This involved many hours of work, which involved compositing in the best faces from three other takes, ensuring everyone shown was identifiable and shown in their best possible light.

Part of the reason for this attention to detail was that the photo was also modified for use as a wallpaper in one of the most commonly used meeting rooms in the home office, affectionately known as the “fishbowl”. 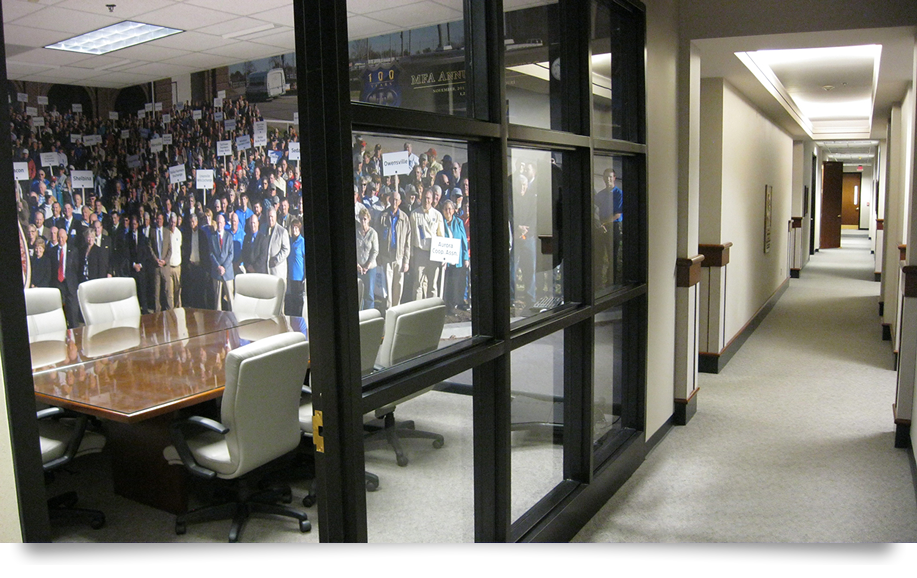 The wallpaper in the “fishbowl” meeting room ML-B was designed to feature the large MFA shield in the center, a title “plaque” graphic at top right (with space for the meeting room clock) and an inset of the 1917 photo at lower left, which just about fills the south wall.