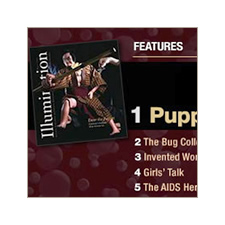 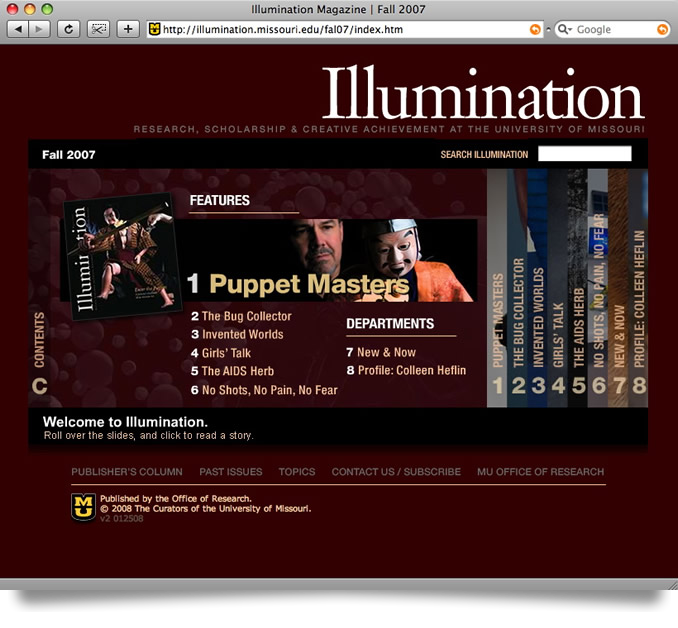 In 2007 I explored a relationship with a technical department elsewhere on the university campus that had developed a fully equipped Web usability testing laboratory, and were looking for pilot sites to run studies on. I quickly volunteered the 3-year-old Illumination Web site for testing. Over a period of several months, test subjects in the laboratory were studied running a predetermined battery of activities on the existing site. The findings of the usability study greatly informed the site redesign.

The table of contents was reorganized accordion-style, with each feature story given its own pane, reacting to mouse movement. The front-most pane of the accordion stack is fully animated. When the mouse is idle, the panes cycle through on a timer. Clicking anywhere in the open pane takes the user to the story featured. 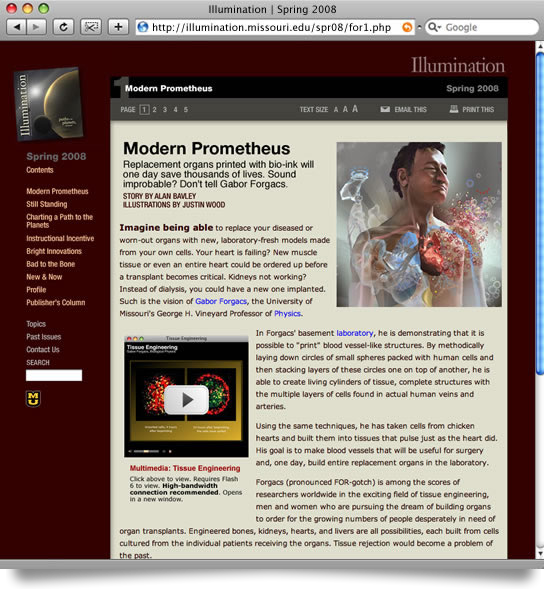 In addition to making all the feature stories available concurrently with the print issue, the Web site also offers numerous multimedia featurettes which enhance and penetrate deeper into the science and the ideas contained in the articles.

The site earned a CASE Gold Circle of Excellence in 2008 for achievement in design excellence. The CASE Gold is one of the most prestigious design awards attainable in higher education.