What software does J.K. Rowling use to write her books?

In the documentary “J.K. Rowling: A Year In The Life”, Rowling is seen finishing up the seventh book in the series using a laptop computer. 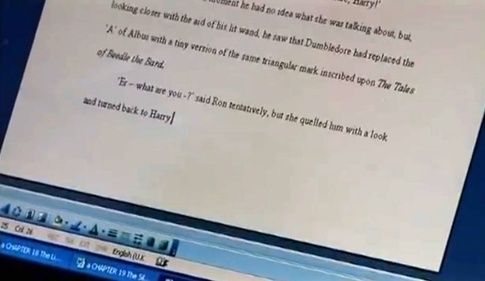 In this frame from the film, it is clear she is using Microsoft Word. (Take note of the chapter document icon in the row at the bottom of the screen.) While most accounts tell of Rowling hand-writing the earlier books and using a typewriter for others, by November 2006 she had graduated to a Windows laptop and Word.

Since finishing the Harry Potter novels, Rowling has gone on record saying she now uses a MacBook Air to write.