What made Leonard Nimoy so popular, respected, and loved?

After the original Star Trek series ended, Nimoy and Shatner had a hard time ridding themselves of the tremendous recognition the show had bestowed on them. This may not seem like a bad thing, but they were professional actors in need of work, and needed to be able to be seen as capable of portraying different kinds of characters. They both manifested their frustration with this in different ways. Shatner harbored a secret disgust at the lengths to which fans would go to celebrate the show, culminating in the infamous Saturday Night Live skit where he publicly lashed out at them all. The fans, understandably, felt betrayed and responded very bitterly to Shatner, and many of them have still not forgiven him.

Nimoy, on the other hand, wrote an autobiography called I Am Not Spock. 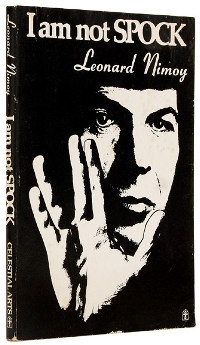 In the book, he attempts to distance himself from the character, which many fans took to mean he was disavowing Spock, the show, and the fans themselves. This too resulted in a backlash against Nimoy, who had underestimated the depth of feeling his fans had for him and his beloved character. The title had been chosen because it was thought it would elicit intrigue; neither he nor his publishers predicted the negative reaction the title alone incurred.

However this was a misconception on the fans’ part. Nimoy loved the character of Spock and was ready and willing to return to the role in the planned feature film, Star Trek: The Motion Picture. He continued to play the character on film and television for another twenty years before he wrote his next book, titled I Am Spock. 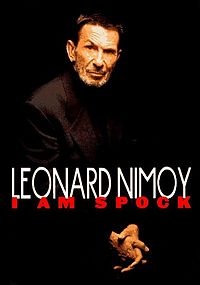 In this, his second autobiography, he takes responsibility for the previous book’s misunderstanding and tries to set the record straight about his love of Spock and of Star Trek in general. True to the new book’s title, he explores the many ways he has integrated what the character of Spock has taught him over the years into his life and personality. Nimoy continued to be a willing part of Star Trek whenever he was invited (with the exception of Star Trek: Generations where he felt the presence of Spock had no real contribution to make to the story), lending his voice to the MMORPG Star Trek: Online in a significant way, and appearing in both post-canon J.J. Abrams Trek films.

Nimoy also managed to pursue a distinguished career removed from Spock and Star Trek, producing, acting and directing, achieving considerable success. Many people do not know that he directed the wildly popular Three Men and a Baby, which was the highest grossing film of 1987 (beating out Fatal Attraction, RoboCop, Lethal Weapon and Dirty Dancing).

There has been much written about his career outside of Trek elsewhere so I don’t feel the need to repeat it all, but having read I Am Spock and understanding the humility and grace with which it was written, I can’t help but admire the man. When you compare this book as a followup to I Am Not Spock, to Shatner’s SNL tirade in 1986 (for which I don’t know that he’s ever made amends to his fans), it’s clear Nimoy was a man of class and dignity.