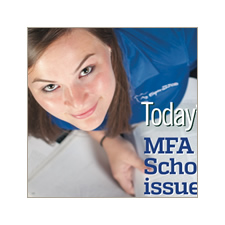 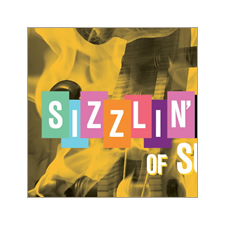 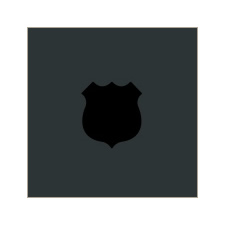 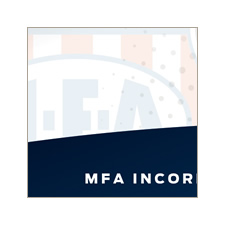 Craig J. Weiland is Art Director in the Communications department of MFA Incorporated, where he is responsible for the design of Today’s Farmer magazine as well as advertising and brand design for the cooperative.

He has spent over twenty years as a professional print and Web designer in mid-Missouri, including five years as lead designer of the award-winning Illumination Magazine Web site for the University of Missouri Office of Research. For four years he was a regularly featured columnist in the Columbia Business Times and the Jefferson City Business Times, and has contributed creative work for Boone Electric Cooperative, the Missouri Department of Transportation, the Missouri State Orthopaedic Association, Columbia Public Schools, the Columbia Regional Airport and numerous other Missouri businesses, organizations and government.

Craig’s designs have earned nine ADDY Awards, including three Best of Show ADDYs and a District Gold ADDY. He has been recognized with Gold and Bronze Council for Advancement and Support of Education (CASE) Circle of Excellence Awards for his work on the Illumination Web site. In 2013 he earned a Silver Award of Distinction from the International Academy of Visual Arts, and a Gold MarCom Award for his design work for the Missouri Symphony Society. He earned First Place and Third Place awards in the advertising category at the 2016 CCA Institute for his designs for MFA seed.

He has served as judge in numerous regional and national design competitions, for the Cooperative Communicators Association, the American Advertising Federation, and others. In 2013 he was invited to serve as a jurist for the prestigious George W. Haggard Memorial Journalism Award.

Craig has been active at Quora.com since 2011, and has been selected as a Top Writer four consecutive years (2012-2016). One of his answers was selected for inclusion in the Quora Anthology 2014, which he considers a distinct honor.

Some of his answers on Quora have been republished on The Huffington Post, Slate and Mashable.

Craig has a masters degree in Journalism and a bachelors in English, both from the University of Missouri.

Responsible for design and layout of Today’s Farmer magazine, along with all corporate and product brand management. Develops logos, advertising, packaging, marketing materials, brochures, booklets, signage, vehicle livery and any other graphic design needs required by the cooperative. Designed Web site layout (for implementation by IT) and developed graphics for app development (implemented by a New Media Editor). Oversees the production of a recurring sale flyer (seven times annually) which is distributed region-wide to a multitude of publications. Produces multiple annual publications such as the MFA Agronomy Guide and Seed Guides. Maintains positive working relationships with numerous department heads and senior management to see to their design and advertising needs. Assists with copyediting of Today’s Farmer before final delivery to press.

Responsible for creative direction and production of all projects, primarily Web sites but also research projects, print projects, logotypes and other assorted design and consulting services. Conducted surveys and produced reports for a variety of research projects. Wrote a regular column for the Columbia Business Times and Jefferson City Business Times on Web and/or email-related issues as they pertain to small business. Earned the Mid-Missouri Advertising Federation’s first ever “Best of Show – Interactive Media” ADDY Award and an American Advertising Federation’s 9th District Gold ADDY Award, the first such award given to a mid-Missouri entrant at the district level.

Responsible for creative direction, information architecture, coding and deployment of all online content, which required extensive reorganization and redesign of existing content. Maintained Web sites for 10 Office of Research departments. Designed and created an online multimedia version of the Office of Research magazine, Illumination, which included various Flash-based audio/visual features. Served on a campus-wide Web Task Force to standardize and codify design and identity guidelines for MU Web sites. Earned a CASE Circle of Excellence – Gold Medal, one of the highest design honors attainable in the national higher education industry.

Was in charge of all creative output from the company. Art directed projects such as corporate identities, logotypes, advertisements, newsletters, brochures, menus, flyers, booklets, magazines and more. Was responsible for each step of the design process from concept development to prepress. Selected and purchased all hardware & software for Visionworks, and was in charge of system maintenance and upkeep. Attended trade shows and interacted with attendees as a representative of the business. 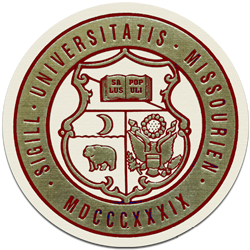